Wait! What? Why you lying?

I have been struggling with my weight since I was 5.  I come from a family that would say "eat everything on your plate there are children starving, you know".  So I would do just that.

Being a child, you figure that you are making your parents happy by doing what they ask of you.  No harm, no foul.  Back in those days is probably when I started my never ending battle with weight.  Unknowingly eating everything in sight was really not what was meant but cleaning your plate.  I really should have been more picky.

As I got older, I did just about every fad and gimmick diet known to man or woman kind.   I had great success with some of them, weight watchers, Nutrisystem, Jenny Craig to name a few.  I also spent 10's of thousands of dollars on these diets that I only ended up eventually gaining all the weight back and then some.  I would gain the weight back sometimes in months, other times in years.

Today I am 229 and holding steady, even though I really really want to get below 200 for the first time since I was in High School and I feel that will come eventually as long as I mind what I eat and get some exercise every week. 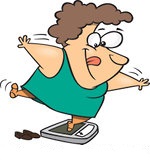 Here is where I start railing on people on online support groups for bariatric weight loss again.  I can not tell you how many times, I read that people have lost weight and are the same weight as me and say that they are in size 18 or 16 or even 14!  Seriously??

Now I get that maybe these people are taller than me, right?  If you are taller than 5'4" than most likely you would fit into smaller clothes, it's logically...But No, that is not the case.

Because many of these people LOVE to post pictures of their short dumpy selves in these support groups, a lot of time in photos I wouldn't even show my husband and I can tell you they are purchasing the wrong size clothing!  Talk about shoving 10lbs of crap into a 5 lb bag!  Its almost like looking at that site "people of walmart"!!

I just wish people would be honest with themselves.  Going through this surgery and everything it entails and dealing with the dramatic changes it brings, why do you want to lie to yourself that you are something you are not?  I feel that it will just make you fail at this also eventually. 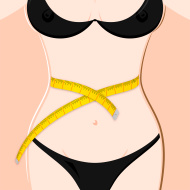