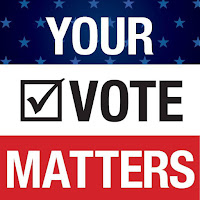 All the votes are in and I did not win the primary so I will not be on the ballot in November.  I wanted to thank everyone that came out to support me yesterday.  It was a very long day and I met a lot of great Morrisville residences.

I would like to give a special thanks to Mike Yager for all of your help throughout this whole process. I would also like to thank Jane Berger for all of your knowledge of the process and paperwork involved.  I want to thank Jack and Mary for all of their help not only with the election but also with teaching me about the count afterwards.  People don’t really get to learn about what happens AFTER you cast your vote and what goes into actually calculating them.  As tired as I was, it was worth staying there for that education alone.

I also wanted to say that while the day was long it was also a very pleasant day.  Everyone was happy and talked to each other.   In the end it made me believe that even though we may not all always agree on everything we can come together as a community and respect each other with grace and dignity.  We really were the change that we all want to see and I can’t say how much I appreciate that.

Going forward I will still hold my representatives accountable for their actions.  I know that there have been many sore spots lately with people in our town over several issues.   But I believe that we all need to be willing to find a common ground, try to find the things that we can all agree on and try not to focus on the things that divide us.  We need to remember that what may be good for one person may be bad for another, that we are a community with several thousand people, not just a handful that value power over people.
Your Vote Does Matter
Thank You,
Kelly
Posted by The Jaded Mage at 10:00:00 AM

The Power of Doing Nothing...