Know When It's Time To Leave

During my career, I have seen people who are truly unhappy with where they are in the work they are doing.  Unfortunately they stay in "dead end" and "get nowhere" jobs way past the time they should have been onto the next step in their careers.  While many people  have their reasons, whether it be their own shortcomings, like they just don't have the confidence in themselves or are afraid to make a move, or the health benefits or whatever have you.  Staying at a job when you are miserable is just not conductive of a life well lived.

How do you know it's time to move on?  There are a few questions you need to ask yourself and you have to be brutally honest with yourself.

1. Are you proud of the work you are doing?  Can you still be part of the "team" and add quality & value to your position?  Or has your position become mundane, automatic and boring?  If you find yourself making careless mistakes constantly, and don't really care, you have pretty much given up on your position.   If you can't be proud of a job well done, you need to start looking at other options.

2. Do you find it hard to get out of bed in the morning and loath going to work?  Are you late or absent all the time?  On average an employee is absent 1 day every 2 months and should not be late more than 1 time every 3 months.  If you find yourself sleeping through your alarm, not leaving your house till late, getting to work late all the time.  This is usually caused by depression because you are not happy in your current position, you need to start looking at other options.

3.  Are you mad and feel slighted at work?  Do you feel no matter how hard you try or how much you accomplish, it's just never enough?  You are looking for validation to stay at a job that just does not work for you any longer.  Sometimes it's hard to pull off that bandaid and make the move.  We all get comfortable in our jobs after a few years but knowing that you have outgrown a position and making moves to go onto the next step, is the adult thing to do.   Don't be mad, just move along.  You will never get the validation you seek from your current job, you need to start looking at other options.

4.  Does the negative energy at work follow you home?  If you are constantly fretting over your position and the issues you have with it, obviously you are not happy.  Everyone complains on occasion about their positions or co workers or the commute but when you go out of your way and bring this bad mojo home with you consistently, it's a sign you need to start looking at other options.

5.  Is the environment toxic?  A toxic work environment is one that will eventually take a toll on your health or mental well being.  Its usually rife with narcissistic leadership, little to no enthusiasm among the workers, little and negative communication and a high turnover rate, just to name a few.   It's really hard to know when you first take a job if the environment is actually toxic.  Everyone usually puts their best face on when they are in the process of hiring someone.  However after a few months you should see the signs and that should be the sign for you to start your exit strategy.

In ending, the choices you make are up to you.  Staying in a "dead end" job will not get you anywhere in life but in the grave a lot sooner than you should be.  It will affect your health and mental well being.  It's also needless, you don't have to put up with a workplace that harbors insecurity or  loathing, you just need to pick yourself up by your bootstraps and move onto the next chapter of your career.

One day a daughter complained to her father that her life was miserable nothing ever worked out for her and she didn't know how she would survive.  She was tired of fighting and struggling and the world being so unfair to her all the time. It always seemed just as one problem was solved, another one soon followed.
Her father took her to the kitchen. He filled three pots with water and placed each one on a burner on the stove.. 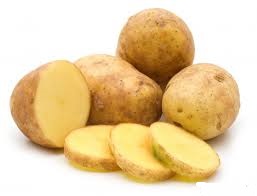 Once the three pots began to boil, he placed potatoes in one pot, eggs in the second pot and ground coffee beans in the third pot. He then sat at the kitchen table and let them boil, without saying a word to his daughter. 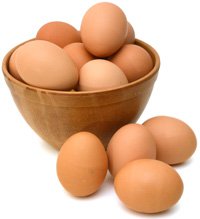 The daughter, moaned and impatiently waited, wondering what he was doing. After
twenty minutes he turned off the burners.  He took the potatoes out of the pot and
placed them in a bowl. He pulled the eggs out and placed them in another bowl. He
then ladled the coffee out and placed it in a cup. 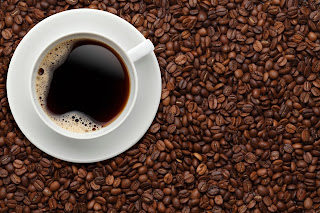 “Father, what does this mean?” she asked.

Turning to her, he asked. “Daughter, what do you see?”
“Potatoes, eggs and coffee,” she hastily replied very annoyed at her father.
“Look closer,” he said, “and touch the potatoes.” She did and noticed that they were soft.
He then asked her to take an egg and peel it. After pulling off the shell, she observed the hard-boiled egg.
Finally, he asked her to sip the coffee. Its rich aroma brought a smile to her face.
He then explained that the potatoes, eggs and coffee beans had each faced the same adversity - boiling water. However, each one reacted differently. The potato went in strong, hard and unrelenting, but in boiling water, it became soft and weak.
The egg was fragile, with the thin outer shell protecting its liquid interior until it was put in the boiling water. Then the inside of the egg became hard.
However, the ground coffee beans were unique. After they were exposed to boiling water, they changed the water and created something new.
“Which one are you?” he asked his daughter.
“When adversity knocks on your door, how do you respond? Are you a potato, an egg, or a coffee bean?”
Moral of the story:
In life, things happen around us, things happen to us, but the only thing that truly matters is how you choose to react to it and the lessons you take away from those situations. Life is all about learning, adopting and converting all the struggles that we experience into something positive.
Posted by The Jaded Mage at 10:00:00 AM