I watched A Christmas Carol today.  I think its one of my favorite Christmas movies.  Other than Die Hard (yes its a Christmas movie) It has been re made 1000 times but my most favorite and closest to the book version is the 1951 version.
I love this movie because of the story.  Ebenezer is a rough, no nonsense, overly serious and mean financier who basically takes out his angst on Mr Cratchet which is his only employee.
Every year this movie moves me and makes me reflect on myself and the world around me.  This year, probably more than any year I can remember it does make me wonder.  Is the spirit of kindness and compassion dead ?
Ebenezer had his reasons for being so mad. As I'm sure most people have thier reasons.  He lost the love of his life and was never the same.  But by knowing love and happiness, isn't that enough to rise above your anger and sadness and see the good and happiness in others?  We all have our crosses to bare, Ebenezer was the loss of his beloved, unfortunately he let the anger of loss become who he was.
The spirit of Christmas, I am not a religious person, but I am a deep thinker, and to me this time of the year is when I reflect, to make plans and goals for the next year and to figure out how to be a better person.  I live for the most part in the present and look forward to improving myself in the future.
Ebenezer reminds me of what so many people in this country have become.  Mad, angry,  sometimes hostile, bitter, selfish, merciless people.  Not everyone but way more people than I care to admit.  Its as though no one cares about others anymore.  Its almost like 2020 we have reached full circle to the days when there was no room at the inn and baby Jesus ends up being born in a cold barn instead of a warm room.  (If that even really happened) Have we really become the people who are so cold and mean to one another that we would be ok people who are not our family suffering?  When did we become the heartless citizens of america?
I want all who read this to do me a favor, just one small favor.. Just be kind. Just 1 small act of kindness.
This year is most over, next year will be better but we need to be better to each other.
Merry Christmas 🎅
& Happy New Year 🎊
Posted by The Jaded Mage at 6:07:00 PM 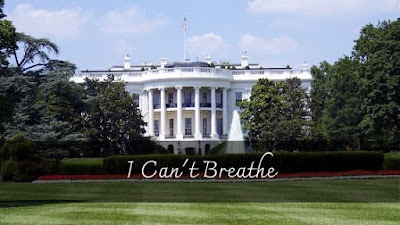 Children playing in a park
Twilight skies and moonlight mist
Tough little guy never had a chance
I can’t breathe
Suffocating, always hating
Things aren’t the way they are supposed to be.
Waiting, waiting, waiting for the other shoe to drop.
Feared by many, loved by some
He’s getting away, does he have a gun?
I can’t breathe
Lucy, Lucy against the law
Can’t fight 5 cops, you have to fall
Making money because there is no work
A life was taken on the walk
I can't breathe
Always waiting out of sight
Locked down, knocked down, rollover on the ground
Taking a knee is blasphemy
Especially on someones neck
I can't breathe.

I can't say that I know how it feels to be a person of color in this country today, to have to live with the fear of injustice that they have to deal with on a daily basis.  I think that we take for granted that everything is fair when in reality it's not.

Watching this last video of the death of George Floyd, knowing I was watching someone die, when it was completely unnecessary, almost made me throw up.  Yes, I did cry. Will this be the last video of a person of color being killed?  I really hope so.  I don't think I can watch another one.

I can not group all police in with the one in this video, there are bad people in every profession, bad lawyers, bad surgeons, bad doctors, bad corp exec (Enron, remember that?) I think many, many police were just as outraged with watching that video.  Many came out against it in the days that followed.  I think we all need to remember that police are people too, they are doing a job and they are told what to do just like anyone else.  And yes, we need them and always will.

The real people that need to be held accountable are our politicians that have let this kind of behavior go unpunished.  I'm not talking about the federal government, this is all state and town.  Your local legislators are the ones that allow bad cops to get 18 citations for undue force and remain on the job. You know everyone makes mistakes but when you have to be constantly "spoken to" about your behavior, maybe they should just fire you?  Most local police departments answer to the Mayor of your town.

This is why it's so very important to VOTE. Don't just show up for the presidential election every 4 years, vote every year.  There are elections every year and you should show up and be counted.  Mostly these elections on a yearly basis are for your local and state leaders.  These are the people that affect your daily life.  Ask them questions, reach out to them, find out where they stand on the issues that are most important to you!  If you really want to be heard...Stand up and VOTE!

Anyway, I hope the United States finds peace soon. Maybe there is a reason why all these trials have been happening in the year 2020?  I'm probably wrong...but its something to think about. 😁

Slaves to the establishment

Today I panicked and I cried. Its been 1 month and I am still waiting to get unemployment. Never mind the supplemental 600 from the government, I really don't care about that, I just want what is due to me now, what I have worked for and paid into my entire life. I have NO cash flow at all right now, which is the 1st time in over 25 years.

This is the #1 reason people are getting irritated and want things to open up, marching on statehouses and screaming at the top of their lungs. It's not that they are getting bored being at home, but because they are not getting what this government has told them they would get in a time of need. You can not live without some kind of cash flow. If you work your entire life and can not depend on this system that we are forced to pay into, then what can we trust?

The entire government has failed the people of this country on every single level. This is not a partisan statement, this is ALL governing bodies, all politicians. From the very TOP to the very BOTTOM. The only good I have really seen is from everyday people helping their neighbors and those in need.
While I completely understand the threat this unknown disease causes, there is something way more insidious that will kill us all if something isn't done soon, its called hopelessness and poverty. Once we reach that level, we will be their slaves.
Posted by The Jaded Mage at 12:31:00 PM

Reflections on a Month of Lock-down

Next week will be one month of this "stay at home" order for the pandemic.  Wednesday to be exact.  While I'm not opposed to staying at home, I am opposed to losing a job, being bored, worrying as to when this will all end, if I'm going to get sick because sometimes I have no choice but to go out and last but not least, dealing with the shitty system that is unemployment insurance.

While the suggestions of "closing businesses" and "staying at home" did begin around the middle of March but with the closing of all schools soon after the mandatory closures came, and the job loss.

Today they said it was 22 million people lost jobs, either furloughed or laid off.  Me being one of them.  I have been waiting for a month on the 22nd for my UI claim to come out of pending.  After I wrote to my reps & senator, I did get some phone calls but all anyone can say is, you just have to wait.  Waiting isn't too bad yet for me, I've been preparing for this, or worst to happen for a while now.  But many people were not prepared for this to happen.  I feel for them.  Hopefully, the Trump Bucks will be here soon.

Many people are clamoring for the government to allow businesses to open back up.  I do understand what they are asking and truth be told, who and what was shut down was so arbitrarily assigned that it does leave me scratching my head.  However, I don't think they should do anything just yet.  They need to make a plan on opening businesses little by little until everything is open.  I think if they just flipped the switch, it could prove really really bad.

So now it's just a waiting game.  After this is over, they say things will never be the same.  But I don't really know about that.  Americans have very short memories.  They said that things wouldn't be the same after 911 either, but within a year, they were right back to where they were before.  Sure they made some new laws and agencies but the people, nope, they went right back to ignoring everything around them.  Right back to the "in your face" attitude that got us to where we were on that faithful day.

The same will be true for this pandemic.  We already have the deniers that think this is the flu because they are too wrapped up in Facebook memes to actually look up the information.  That's why they want to march on Harrisburg because they really don't think this any big deal.   The truth is out there, you have to actively go look for it though.

This is a threat to humanity and this country.  Whether or not we are doing what should/could be done is beyond me, but I do know this, if we did nothing, this would have been far worst.  Last I looked there were over 25000 people dead from this since March 1st, that's 6 weeks, that's almost 4200 people a week.  That's a lot of people.  Compared to the 2017-2018 flu season (one of the worst on record) 2175 people were dying a week.  It's not the flu no matter how much people say it is doesn't make it true.

Anyway, I digress, we are still in a world of shit and it doesn't look like the light will be out for at least a few more weeks.  Hopefully, my Unemployment will come through by then.

Notes on surviving a pandemic

A few observations and tips on surviving a global pandemic.