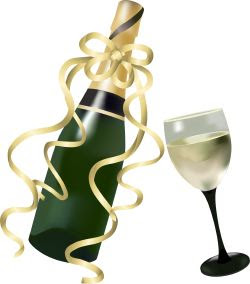 I'm not going to go into how old I feel or how it sucks to get old, instead I am going to let you read one of my favorite poems, by Robert Frost, The Road Not Taken.

Two roads diverged in a yellow wood,
And sorry I could not travel both
And be one traveler, long I stood
And looked down one as far as I could
To where it bent in the undergrowth;
Then took the other, as just as fair,
And having perhaps the better claim,
Because it was grassy and wanted wear;
Though as for that the passing there
Had worn them really about the same,
And both that morning equally lay
In leaves no step had trodden black.
Oh, I kept the first for another day!
Yet knowing how way leads on to way,
I doubted if I should ever come back.
I shall be telling this with a sigh
Somewhere ages and ages hence:
Two roads diverged in a wood, and I—
I took the one less traveled by,
And that has made all the difference.

I have been an Atheist for about 15 years now.  Before I decided that religion just wasn't for me, I was Agnostic for a little while.  I suppose that I wanted or needed something to believe in or to hold on to, as most people do.  I thought there had to be something other than what is here and now, life must survive death somehow.

But then one day, I woke up, and transcended...

By transcending I mean that I realized that I do not need to hold onto a belief system that had always been so uncomfortable for me, one that was antiquated and left people out and left me with more questions and answers.  I no longer believed that there was a heaven or a hell and that my actions or inactions would lead me to either.  I let go of the perception that there was an omnipotent person living in the clouds that had complete and total direction over my life.

I took control over my life, and that has made me the person I am today.

Today I look at the world for what it is right now, not what it will be or might be or may be but what is happening now.  Freeing myself from the belief of a God was very liberating for me.  My conscience does not get the best of me because I want to do something fun.  I do not have to answer to anyone but my own conscience and most of the time it's way more powerful than the threat of hell.
Before I came to this transcended state, I read extensively on many religions including Christianity, Judaism, Hinduism, Wicca, Paganism, and many others. To me they were all the same, all the same stories, all different times.   None of them answered the one thing that everyone wants to know and that is What is Life?  So I eventually came to my own conclusions...

Life is a gift, I cherish it.  When I express my sympathy or condolences, I keep people in my thoughts, not prayers.  I still say "bless you" when people sneeze, force of habit and I still say Merry Christmas if I know you celebrate or Happy Holidays if I do not know for sure.  I feel people should help the less fortunate, people and animals alike.  I make many donations, both money and goods a year to charities.

Another thing that gets to me about Religion is that religious people think the God they pray to is the right God and all the rest are wrong.  If fighting over a belief system isn't one of the stupidest things anyone could possibly do, I don't know what is.  How can you force someone to believe what you do simply because you believe it and want everyone else too?  Where's the free will in this equation?  Killing in the name of religion is also counterproductive to what religion actually is, and that is an opiate to the masses.  It was a way to quite the unruly people by threatening fire and brimstone if they didn't behave.  When you kill people just because they are not of your religion, that just sounds like the rantings of a lunatic.

I feel that without the restraints of religion weighing me down, I am truly free to be who I am, without question, without commitment and without doubt.  It has made me a stronger person all around.  I have always considered region a crutch for the weak willed and uninspired and the fearful.  Most people need to have moral guidance and a belief to hold onto because they are afraid of what inevitably will eventually come, and that is death.

I am not afraid to die, I don't want to die just yet, and I do consider it sad because this world, even with all of its problems, it so freaking GREAT!  I LOVE being alive.  I don't want to miss a second of life not now or ever, but I know, eventually it will come to an end.  Because all things do.

So when I die, if I am wrong about the conclusions that I have drawn.  And my spirit does ascend upwards (I hope!) And I meet Saint Peter at the Pearly Gates, I hope that a just God would judge me on my merits and the kindness and compassion I have left on the earth as my legacy....because after all is said and done, isn't that what a God would want of his children?

I would just like to take a moment and say that My thoughts go out to the victims and victims families of the people that were killed and hurt at the incident that took place in the early morning hours of Sunday, June 12th, 2016 at the Pulse Night club in Orlando Florida.

While they are saying that this was strictly a terrorist attack, I feel that it was much deeper than terrorism in the name of a God.

For all of you that come across this post, please remember:


Imagine all the people
Living life in peace... You, ..
You may say I'm a dreamer
But I'm not the only one
I hope someday you'll join us
And the world will be as one