I didn't find out what was going on in Paris until I got home from work on Friday.   I heard someone in my hallway at work say that something got bombed in Paris but these days its not really unusual to hear of a bombing somewhere, so I didn't really give it a second thought.

When I saw the news Friday night I was taken back to another time, it seems like so long ago now, but in my mind it was like yesterday, September 11, 2001.
While I realize that there were no planes crashing into buildings or into the ground, and there were not 1000's of people dying, it was no less than that overwhelming forlorn feeling that I had in the days and weeks after 9/11. Unless you were on the East Coast, I do not believe that you really could understand what it felt like after those attacks. 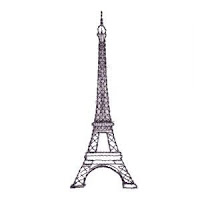 Paris, the city of light, art, love.  Another country of free citizens that live in a relatively decent world.  Of course countries like ours all have our problems but we do what we can and we get by, for better or like friday, worse.

For these animals (ISIS) to target the citizens of a country, they are no more than cowards hiding behind the disguise of a religion.   They are mad at us and people like us, not for any true religious reasons but because they have all the oil and they still live in shit.  Why do they live in shit, because they are barbaric animals that have not learned to live in this new world where you have to actually WORK for what you have! This is all about their twisted half baked retarded interpretation of their Muslim religion.  If you ask me, they are nothing more than homicidal maniacs with a supposed mission. These people are nuts, and anyone that sympathises with them, are just as guilty as the ones doing all of the killing.    I'm not going to go on a tirade on how horrible and disgusting these assholes (no pun intended) are, but it sure makes me believe even more that religion or the pursuit of enlightenment or religious grandeur, will be the downfall of the world that we know.

So in ending I just want to say my heart goes out to the people of France, the city of Paris and all of those people that were affected by this act of terror.   I know it's not easy now but know this, do NOT give up your way of life for anything, if you do they will have won.