The Weight Loss Journey - 2 years out 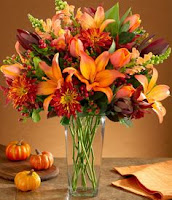 Hello All who enter my domain!

Here is where I tell my story about my weight loss surgery and the progression or degression I have made.

I have changed many bad habits along the way.  I eat protein first, very limited amount of bread, pasta or rice.  I take multivitamins daily, or at least when I remember! I have also come off of the 200 units of insulin that I was taking post surgery.  I also still can not eat more than a cup or 8 ozs of food at a time.  Depending on the density of the food sometimes I can only eat about 4 oz.

Its unfortunate that I have to say that I did gain back about 10 lbs from what I originally lost.  I have been trying to lose it again but it just doenst seem to want to go.  It makes me a little sad that I was never able to get under that 200 mark that I so had hoped that I would but I was a lot older when I finally got the operation, my metabolism wasnt what it used to be and I had been battling diabetes for years prior.  I know none of those things are excuses but they kinda actually are.

I do get out and move around, probably not as much as I should.  I'm not big on working out but I do love to garden and play with my dogs.  Thats gotta account for something, right? But I think my number 1 biggest problem is....Eating at night and sleep eating.

I remember my mom used to do it.  I would wake up in the middle of the night and she would be in the kitchen eating a PB&J sandwich and milk at like 2am. Not saying a word, just standing there in the dark...eating...next day she wouldn't remember a thing.

Although I'm not as bad as my mother was, I have the tendency to eat when I am tired and am trying to stay awake.  Which is a bad habit.  I try not to eat past 7pm.  But more often than not, that devil on my shoulder sneaks up and bites my earlobe and says, "you know what would be great right now?"

I know I really need to stop doing that but it gets me every time!

So do you night time snack even when you are not hungry?  How do you stop yourself?