50 Things That Piss Me Off! 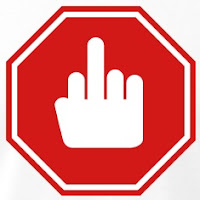 1. People that do not stop at stop signs, no, slowing down is NOT stopping.

2. People that walk behind your car when you are trying to pull out of a parking       space, are they retarded?

3. People who stop more than one car length from the car in front of them at stop lights/signs, what is that about?

4. People who pull into traffic and then slow down, are they trying to cause accidents?

5. People that park on the line of a parking space, so that the next space is too small to fit in. Then get pissed when you get out of your car and hit their door!

6. People that are way too aggressive in their driving habits.

7. People with huge gas guzzling, F U mobiles that think because they can drive over bumps without feeling them everyone else can too!

8. People with huge gas guzzling, F U mobiles that act like that are carrying around dynamite when they go over bumps.

9. People that cut corners instead of actually making the turn. 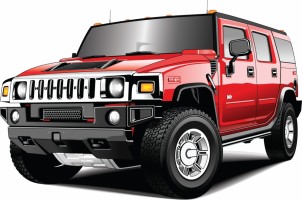 11.People that drive BMWs, Lexus’s, and Mercedes all SUCK at driving.

12.People who are too busy talking on their cell phones to pay attention to the road – see # 11 – it’s usually them.

13.  People that speed up when you are trying to change lanes or pull into traffic.  Were you born and asshole?

14.  People with bumper stickers on their cars.

16.   People that do not understand what Yield means.

17.   People that walk in the street, not on the sidewalk.

19.   People that talk loudly on their cell phones in public.

20.   People that talk on their cell phones when they are in line at the supermarket, really? Can't it wait?

21.   People that run into you with their shopping carts then look at you like YOU did something wrong to them.

24.  People that race with their shopping basket so that they can get in front of you in line.

25.  People that only speak American when there is money involved.

26.  People that refuse to learn to speak American while living in the United States.

29.  The fact that Politicians REFUSE to make a national language – American!

30.  People that think they know everything!

31.  Doctors that think they are Gods

35.  Having to tell people how to do their jobs, all of the time, even if you don't work with them!

36.  Having to do other people’s jobs because they are too stupid to do it themselves.

40.  People that pay lip service to their religion.

42. People that lie, cheat and steal.

43.  People that will allow their Constitutional rights to be whittled away all in the name of terrorism.

44.  People that do not use their blinkers.

45.  People that coast through stop signs.

46.  People that are too arrogant to think that they can learn something if they would just listen to others!

47.  Having to ask the same question over and over and never really getting an answer.

48.  Being ignored when I am speaking.