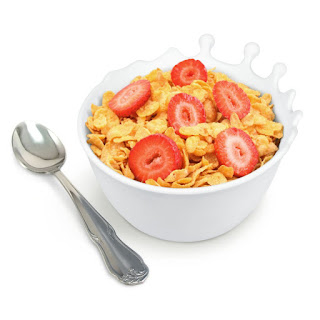 I have an obsession with Serial Killers.  Um no I'm not a groupie, I don't want to marry one or have some kind of relationship with one.  I am more interested in the psychological aspects and motivation of them.

I will define what I believe is a serial killer is.

To me, a serial killer is a person or people (2) who:
1. Kills at least 3 people at different times or places.
2. Has a specific calling tag, meaning they do something specific to each of their victims, placement, killing method, posing.
3. Always takes a trophy, could be anything from a locket of hair, peice of clothing or jewelry or even picture.
4. Has a preferential type of person they hunt. ie; prostitutes, blonds, young, drug addicts.  Doesn't need to be the same race or gender.
5. Has a sexual component even if they do not rape.
6. Will never stop because this is what they love, some how it gives them a kind of satisfaction or release.  They may have a cooling down period or time off as something may gain more importance in their lives but they will not stop till they are dead or jailed.

In the 1970's the FBI came out with the serial killer triad, meaning at that time they believed that a serial killer could be predetermined when a person exhibited these three specific traits.  The traits were; arson, late childhood bed wetting and abuse to animals.  Also in the 1970's the phrase Serial Killer was born most likely referring to the Son of Sam.  Eventually the FBI realized that the triad did not accurately depict the vast array of whom would become serial and who would not.

Serial killers have been around for as long as humans have inhabited the earth. Right now there is about 53 active serials in the USA alone, the number is probably closer to 200 world wide.  Many of them are never caught because they are sociopaths and can blend into mainstream society easily.

A serial killer can be anyone.  The do not look any different than your quiet neighbor or the guy that sits in the cubicle next to you at work.  They are expert actors in order to be able to gain trust and pretend companionship.   They are products of their biological, social and environmental factors.  Nature vs Nurture? I believe that most likely what makes a serial killer is no doubt Nature.

Just like my cats are serial killers, these people were born with the innate instinct to hunt, capture and torture their victims for no other reason than to satisfy their own urges.  Killing is what gets them motivated, it sets off the bells and whistles.  While normal people are repulsed by their acts, Serials want to relive their acts over and over.

Normal people feel compassion and empathy, some would say that Serials do not posses a soul for they usually do not have any sympathy for their victims.  I believe that people are born serial and it usually will take either a traumatic event or systematic abuse to trigger the person to actually acting on their impulses.

All Serials evolve.  They may start out small, maybe peeping or B&E's, stealing or drug dealing.  Usually their first kill may be a family pet or another animal, which gives them the bravery to advance.  Which is another reason I have deep seating rage for people that abuse animals...but I digress (This will be another post one of these days)

I believe that there are people with serial killer tendencies all around us in our everyday lives.  We just don't know it because they look so normal...but have no doubt, they are anything BUT normal.

So keep your eyes and ears open, you never know who is sitting next to you at work, on the bus, train, restaurant...
Posted by The Jaded Mage at 10:00:00 AM