On Not Believing In A God 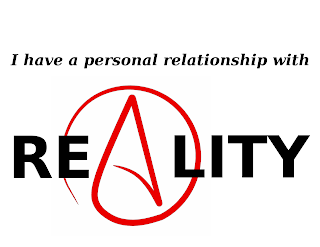 Recently I was listening to a news program on my way home from work. I have a 45 minute commute so I like to listen to talk radio in the afternoons.

They were talking about how there was a Gallup poll done in 2012 about if people in the USA would Elect an Atheist for President.  The pollster came to the conclusion that only about 54% of the people in the United States would elect an Atheist for President.  Gallup Poll  As it turns out, the only other group in the bottom two was Muslims which was 58%.  So more idiots would vote for a muslim before an atheist...

Are you fucking kidding me?  Then the call ins started, and I will admit, I was thoroughly appalled by what I heard some people said about what they thought Atheists were.   A few of them said we are Heartless and war mongers?  And because we didn't believe in God we couldn't have any compassion?

Seriously this is one of the reasons I think people in this country are so fucked up.  Ignorance.  Flat out stupid. It's like we fucked all the smart out of people and now we are left with the idiots.  It's like believing all Muslims are terrorist!  Or all Christians are pedofiles!

I just want to set the record straight.  Atheists are NOT Devil Worshippers.  As a matter of fact, I think I would rather have an Atheist as President before some bible toting, talking out both sides of their mouths, hypocritical Mormon, Evangelical or Christian.

Atheists are the enlightened of the world, we do not need to be preached to about the difference between good and bad, we do good deeds because we KNOW it's the right thing to do.   I can not speak for my fellow Atheists but as far as myself, I give a lot to charities during the year.  I am always kind to all things great and small and tolerant of others even if I do not agree with them.  I show empathy and compassion to those less fortunate and I am happy with the life I have been given.  I also do believe that life and health are a gift, I believe that you should do to others what you would have done to yourself.

Am I starting to sound Christ like yet? ✟

People are so critical and hypocritical of what they know nothing about.  I believe that people that are bereft of intellect are afraid of what they do not know and with those misunderstandings comes fear and then hate.  Its pretty much the same with all things that can be considered different, be it race, religion or lack thereof, or social status or even weight.

Atheists are not bad people, we just want to live our lives and not feel we have to believe in the boogeyman in the sky.  That, and that we are not hypocrites...

One woman that called into that talk show, had the gigantic BALLS to say that Atheists shouldn't force their opinions on others. WTF?  Seriously?  Is it me that is the only one to see the hypocrisy with that? Oh you mean forcing your opinion about abortions down people's throats? Or that you feel if someone doesnt believe in your god they are heathens?  You mean like that kind of forcing someone to believe something YOU don't?

Believe me Lady, none of us Atheists wants you in our club, we do have a minimum IQ for joining and it's painfully Obvious that you do NOT meet the minimum.  We are not going to preach to you about how stupid your God is or that you only do anything good for anyone else because you think if you don't you are going straight to hell.  Which, if there was a hell, I'm pretty sure it would be full to the gills with the rotten Christians, Evangelicals and Mormons there are in the world.

So In ending, Atheists are people too, just because we don't buy into your boogy boogy man in the sky delusion doesnt make us Horrible people, as a matter of fact we would probably do MORE good than any Catholic or Protestant President has ever done mostly because we do not allow our beliefs interfere with our politics.  Which is the way our forefathers intended it to be!