Something to Look Forward To

The Election is over.

I am sad to say that it did not turn out the way that I had thought and hoped it would.  I have some fears, but I hold out Hope.  This was the biggest "FUCK YOU" anti-establishment vote that this Great Country has ever bore witness to.  We are living in history like some of the greatest events in our short 238 years of existence.  Do not kid yourself, this is BIG!

I was never a hard core Hillary supporter and I realized early on that there were so many more people (Bernie), and women, that would have made a better candidate.   While I love the idea of a woman President, I was not thrilled with Hillary, although I did come to like her more than I did when she was first nominated.  She is one tough cookie and no one can ever take that away from her.

I have worried what this country will be like with Mr. Trump as President.  While others seem to think he is the right one to govern this great nation of ours, I have had my doubts.  I feel as though I am living in a Jerry Springer episode.  But I am holding out hope.

As much as I have said in the past that we, as a nation, need to have a 3rd viable party, The Donald was not what I was talking about or what I envisioned.  But I guess that the general consensus is that, you get what you get, not what you want.  I just hope that after the 1st 100 days, I am proven wrong on all the fears that I have.  I want to be wrong, I really want to be wrong.

I have often been taken back by the sheer unbridled hatred that some of Trumps Supporters have shown towards Hillary and  President Obama.  Saying things and doing things that, quite frankly, I don't know how they sleep at night with a clear conscience.  Now I hear how upset some are over the Protests that are going on against Mr. Trump.  Kettle meet Pot...Do you really think it would have been different if the Donald lost? Don't you think for a second that people would have rallied proclaiming the Elections are fixed?

I suppose these are the times when we need hold onto hope.  I can imagine what our forefathers must have gone through when this great experiment didn't turn out the way they thought it should.  They always held onto the hope for a better, more brighter future. Even in the face of invading forces and a civil war to match no other, there were always some shining moments and then the ones we look back on with shame.  I am hoping that this is not one of those shameful times.

I don't want to be bitter.
I don't want to be a hater, because that emotion is what I find deplorable in some people.  Hate kills and consumes and deteriorates a person's soul.  A person who hates stops listening and becomes lost...

I feel as though the altruistic people that built this nation are shoved to the back burner now and the savages are taking over. (Rambling)  When I read some of the things I see on Facebook, it makes me want to cry.  Don't be a hater, be a catalyst to make this work, prove to the other half, that everything will be ok.  It's ok to love and understand your neighbor even if you didn't vote the same.

As much as there are people that are sore losers, there are also people that are bad winners.  If CHANGE is really what you want to see, start with yourselves.  If UNITY is what you really want, to bring this county together, the time is now and by being boastful and rude, is NOT the way to do that.  Have some compassion and empathy for the other side, for they have ideas and visions of what this country should be also...don't be a hater.

Still, I am holding out Hope.  I hope that Mr Trump and his supporters do the right thing.  I hope that they include all people in their vision for what America should be.  I hope that we all find peace and prosperity in the coming years.  As for myself, I am going to hold onto this hope as I never have before.

On a lighter note, Pot is now legal in 8 States!  I guess that's something to look forward too, right? 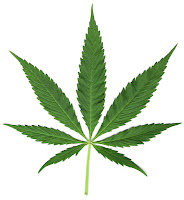